The Bank of Canada often describes inflation targeting as flexible. For example, the preamble to its October 2018 Monetary Policy Report says:

“Canada’s inflation-targeting framework is flexible. Typically, the Bank seeks to return inflation to target over a horizon of six to eight quarters. However, the most appropriate horizon for returning inflation to target will vary depending on the nature and persistence of the shocks buffeting the economy.” [3]

The flexibility thus involves a deferral in the planned return of the inflation rate to 2%, the mid-point of the target range. This deferral is applied because policy is being used to respond to some other goal. One can read more about this strategy in speeches by Bank of Canada officials or in the background documents at the last two renewals of the inflation target [1,2]. END_OF_DOCUMENT_TOKEN_TO_BE_REPLACED 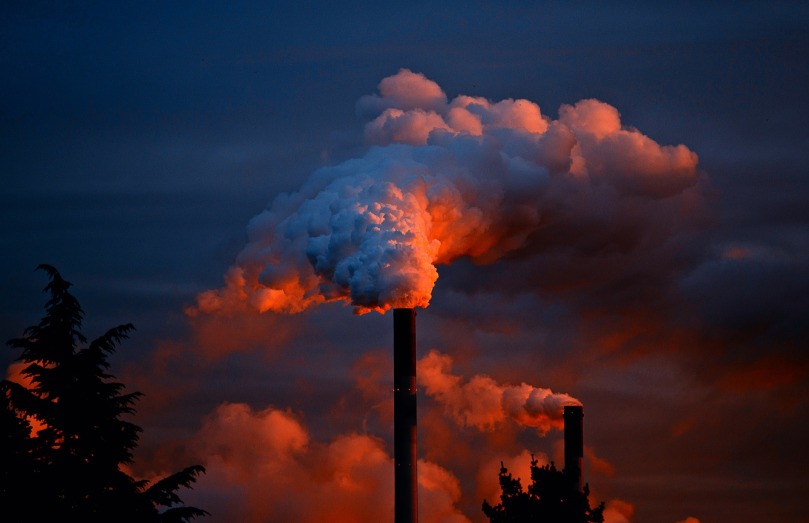 Battles over climate change policy between state, provincial, and federal governments have been a common occurrence in 2018. In April, the Environmental Protection Agency started a row with California over emissions standards. Then EPA administrator Scott Pruitt announced that it would repeal automobile emissions standards set by the Obama administration and threatened to waive individual states’ power to set their own emissions standards if California was unwilling to negotiate over its own higher pollution and mileage standards. California’s Attorney General replied that California was prepared to sue the EPA if necessary to maintain its current regulations. [1] California followed through on this promise, filing a lawsuit with 16 other states in May. [2] The disagreement over emissions policy extends far beyond automobile standards: California is the only US state with a complete carbon market, although nine northeastern states have tradable emissions caps that apply only to power producers. Meanwhile, the President Trump withdrew America from the Paris climate accord, scoffed at the notion of federal climate change policy and claimed scientists predicted the polar ice caps “were going to be gone by now, but now they’re setting records.” [3] With the battle over carbon policy becoming one of the most significant issues in Californian politics, it is worth asking whether carbon pricing is a worthwhile policy and if so, which level of government should handle carbon emissions policy.

END_OF_DOCUMENT_TOKEN_TO_BE_REPLACED

Fiscal policy in response to the Great Recession of 2008-09 varied widely across OECD countries. The United States, for example, took an expansionary fiscal stance, adopting an important stimulus package in February 2009 on the order $787 billion (CBO estimate). Canada’s response went in the same direction with its Economic Action Plan, a $30 billion stimulus package enacted in January 2009 (Department of Finance, Canada). Alternatively, on the other side of the Atlantic, policy-makers in the United Kingdom, Germany, and elsewhere either proposed, or implemented, austerity measures. The effectiveness of these different responses is still debated among economists and policy-makers today, and the political drivers of such heterogeneity are still imperfectly understood. END_OF_DOCUMENT_TOKEN_TO_BE_REPLACED

Over the past few years there has been increasing discussion in the media about the potential that technological change has in leading large portions of society to be unemployed. On one side, doomsayers point to the rapid progress in automation and artificial intelligence (AI) as signs that human workers will soon be replaced. Their opponents note that these same predictions were made in the past during the industrial revolution and turned out to be incorrect. One thing that does seem clear is that large numbers of jobs are susceptible to automation. A study by Carl Benedikt Frey and Michael Osborne found that 47% of U.S. workers had jobs at high risk of future automation (Frey & Osborne, 2017). The remaining question is whether enough new jobs will be created in other industries that can employ the displaced workers. Whatever your opinion, it is interesting to consider our options as a society if we had a major increase in unemployment. To consider this, let us assume that it’s 20 years in the future and that we are facing a significant reduction in the number of jobs available. What are options? In this article, we’ll consider two of the most popular solutions: universal basic income (UBI) and guaranteed basic income (GBI).

END_OF_DOCUMENT_TOKEN_TO_BE_REPLACED

After tearing up a long-standing trade agreement between the United States and Canada, a deeply divided, Republican controlled Congress dramatically raises US tariff rates on products predominantly imported from Canada. The federal government in Canada is faced with an acute policy dilemma – there are strong domestic interests pushing for rapid and dramatic retaliation, while other groups, including farmers and landowners, are not nearly so enthusiastic about the prospect of a trade war with our largest and fastest growing trade partner. To complicate matters further, Canada’s European allies are keen to promote the continued globalization of international markets by keeping trade barriers low. The Canadian government ultimately decides to respond to these conflicting forces by re-writing virtually every line in the domestic tariff schedule, explicitly adopting protectionism as a primary policy goal, and increasing average tariffs by more than 50%.

This series of events probably sounds very familiar to Canadians today, but this particular episode in Canada-US trade relations took place over 150 years ago, during the late 1860s and 1870s. John A. Macdonald’s Conservative government introduced the National Policy tariffs as a response to US protectionism just months after his party won the 1878 federal election. Economists and historians have long understood that this response marked a sharp U-turn in Canada-US relations. However, our understanding of this policy, and its consequences for Canadian growth and development, has been hindered by researchers’ reliance on incomplete evidence. END_OF_DOCUMENT_TOKEN_TO_BE_REPLACED

Innovation is one of the primary drivers of economic growth and improvements in living standards. It often produces larger social benefits than private benefits, leading firms to under-invest in R&D compared to the socially-optimal level. One of the ways that the government works to overcome this gap is through offering intellectual property (IP) protections, giving firms a temporary monopoly on commercializing their ideas. In addition, many governments allocate significant funds directly towards research through public research institutions or universities. However, it is difficult to determine the impact of these public efforts to stimulate innovation as we are unable to know the counterfactual. This article reviews the findings from an innovative study by Heidi Williams (2013) on the use of IP during the sequencing of the human genome. The study exploits the discrete nature of gene sequencing and the fact that it was researched both publicly and privately to evaluate the impact of IP on innovation outcomes. Despite the importance of IP policy for technological innovation there are relatively few empirical studies in this area. For this reason, Williams’ study generated quite a bit of interest at the time of publication and has been cited in multiple U.S. Supreme Court briefings.

END_OF_DOCUMENT_TOKEN_TO_BE_REPLACED

Carbon taxes aren’t necessarily the job killer some provincial party leaders are making them out to be. Research by Ph.D. Candidate Akio Yamazaki of the University of Calgary should give Canadian politicians and pundits pause over the employment effects of carbon taxes. Yamazaki’s research suggests that British Columbia’s revenue-neutral carbon tax caused a net-gain in employment of 4.5% between 2007 and 2013. Governments can affect the labour market impact of carbon pricing by properly allocating their carbon tax revenues, according to Yamazaki.

END_OF_DOCUMENT_TOKEN_TO_BE_REPLACED

On Thursday, June 14th, 2018, the Smith School of Business at Queen’s University hosted the Organizational Economics Conference. The conference covered a broad range of topics of particular interest to policy decisions related to the organization of businesses. The topics were as follows:  [1] growth prospects of franchises versus independent businesses, [2] the performance of serial entrepreneurs, [3] the effect of acquisitions designed to preempt competition on the continuation of the acquired project, [4] the effect of middle management treatment of employees on worker turnover and productivity, and [5] the optimal design of wage contract. This article summarizes the main findings of three papers presented at the conference and comments on policy implications.

END_OF_DOCUMENT_TOKEN_TO_BE_REPLACED

It is a well-accepted fact that smoking and second-hand smoke have harmful effects on health.

For this reason, many measures are taken by governments to decrease smoking and exposure to second-hand smoke. Canadian provinces, for instance, have banned smoking in all public places and workplaces. In the United States, 25 states have banned smoking in public places. While this limits exposure of non-smoking adults to secondhand smoke, it may create a displacement of smoking from public places to homes. Could this mean that children and infants, who cannot make their own decision to be exposed to second-hand smoke, are negatively affected by smoking bans? This issue is not well understood as the literature surrounding smoking bans tends to focus on the health impact on adults. END_OF_DOCUMENT_TOKEN_TO_BE_REPLACED

Income sprinkling refers to the use of the flexible structure of a Canadian-controlled private corporation (CCPC) to do income splitting with family members in lower tax brackets. This allows some Canadian small business owners to reduce their income tax burden in a way that is unavailable to other Canadians. Finance Canada estimates that closing the income sprinkling loophole would generate $250 million yearly in additional tax revenue[1]. Since the impact on federal finances is likely to be negligible, I focus my analysis on the issues of fairness and efficiency.