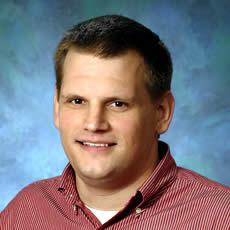 Queen’s University Economics Department is thrilled to welcome assistant professor, and J. William and Marion E. MacKinnon Junior Fellow, Brent Hickman into the faculty. Brent joined the QED faculty last summer from the University of Chicago. We would like to take this opportunity to highlight some of Professor Hickman’s work and celebrate some of his career accomplishments so far.

Much of Professor Hickman’s work is in industrial organization, a field of economics that deals with the strategic behaviour of firms, regulatory policy, antitrust policy, and market competition. A recent piece by Hickman, Affirmative Action and Human Capital Investment: Theory and Evidence from a Randomized Field Experiment, explores the impacts of affirmative action on post-secondary enrolment demographics in the United States. “When I say I’m an economist with a focus on industrial organization studying affirmative action policies, it’s sometimes difficult for people to see the connection,” Hickman states. “The relation though, is really quite strong. Think of the market for higher education like an auction. Schools are the prizes, students are the bidders, and their respective GPA’s are their bids. Currently, there is vast inequality across the US post-secondary education system, strongly correlated with race. Overall, Black and Hispanic students are heavily under-represented at the highest-quality post-secondary institutions and over-represented at the lowest quality institutions, something we will refer to as the enrollment gap.” The enrollment gap is closely tied to the achievement gap, which measures the deviations in SAT scores across the population. Hickman’s study revealed that “between 1996 and present, median SAT scores for Blacks and Hispanics sat below the 25th percentile for Whites and Asians.” What SAT scores reflect is threefold; students’ ability, students’ access to educational resources during childhood, and strategic market incentives which shape a student’s labour-leisure choices during secondary school. To clarify, Hickman explains that “part of this racial achievement gap is due to the fact that access to various resources tied to childhood academic achievement are still starkly stratified by race. In the United States, Black and Hispanic students are nearly three times more likely to live below the poverty line. They are also much less likely to be covered by health insurance or to be raised by a parent with a bachelor’s degree. Finally, holding income level fixed, Black and Hispanic students are much more likely to attend underperforming schools that serve poorer student bodies, relative to their White and Asian counterparts of similar socioeconomic backgrounds, giving them less access to educational resources. Imagine this, each high school student has 24 hours in a day, and values both leisure time playing Xbox and high-quality colleges. Each student would like to spend the entire day playing Xbox but each also understands that by investing some leisure time into study, they will get better grades and increase their likelihood of getting into a high-quality college. Students who are either more able, or have better access to educational resources, such as attending better high schools and greater access to tutors and education technologies, can learn more and get better grades with the same time investment, relative to those with lower abilities and/or educational resource endowments.” As a result of this asymmetry in exerted effort and expected reward across races, Black and Hispanic students who possess the same innate ability as their White and Asian peers may decide the effort needed to compete for those top colleges is simply not worth it and will instead settle for a lower ranking school. Affirmative Action (AA) policies are designed to effectively shift the competition groups of Black and Hispanic students, subsidizing their GPAs in an effort to mitigate so-called “discouragement factors”, and standardize the quantity of effort required to be considered for the same college seats. The hope is that when implemented correctly, AA will increase students’ willingness to re-allocate leisure time towards investment in human capital, by trading an additional hour of Xbox time for an hour of studying.

To see if this was the case, Hickman along with Christopher Cotton, also of Queen’s, and Joseph Price of Brigham Young conducted an experimental study in which grade 7 and 8 students were invited to participate in a math competition. Given their additional units of educational investment, students in the 8th grade were generally better equipped to answer the questions posed to them as compared to their grade 7 counterparts, a distinction designed to mimic the race-based discouragement effects experienced by Black and Hispanic students. In the first, “colour blind” group, students were told they would be given a test and the individual with the highest mark, irrespective of grade, would be rewarded with a prize. In the second “Affirmative Action” group a similar story was told; however, this time students were told two prizes would be awarded, one for the highest mark received by a grade 7 student, and one for the highest mark received by a grade 8 student. All students were then given 10 days to study for the test. During this period students were provided with access to a website with study materials and their usage of the site was tracked. The resulting findings were as expected. “Through this experimental study we found strong evidence that AA favorably alters labor-leisure trade-offs and measured proficiency by our disadvantaged group,” Hickman explains. “Disadvantaged students in the AA treatment were more than twice as likely to use the practice website to prepare for the exam, spent almost triple the amount of total time, and attempted more practice questions relative to their counterparts in the control group.” It was also found that “on average, the AA policy increased test scores among the disadvantaged group by 1/5 of a standard deviation over the course of the experiment.”

A common argument against AA policy is the theory that any gains experienced by Black and Hispanic students comes at the cost of weakening investment incentives for White or Asian students. This claim is not substantiated by any data. “We find no evidence that these gains come at the expense of lower average investment or test scores for higher grade (White or Asian) students,” Hickman asserts. “Despite their gross payoffs declining due to AA, advantaged students as a group had low enough learning costs to maintain roughly the same performance as under colour blind allocations. Any cost to White and Asian students is minimal and far outweighed by the benefits incurred by Black and Hispanic students.”

At the end of the day, Affirmative Action is a band-aid fix to a much deeper problem. Ultimately, Hickman states, “the best solution for permanently eliminating race-based socioeconomic inequality is to address systemic inequities such as widespread poverty and access to childhood healthcare and educational inputs. This being said, solutions to these problems are highly complex, politicized, and often very difficult to implement. AA is not a long run solution, but for the interim it is an effective tool for narrowing achievement gaps, enrollment gaps, and economic inequality among educated adults.”

The Queen’s Economics Department is thrilled to again welcome Brent to the department. We hope you enjoy your time at Queen’s.